“Collier has been a member of a 27,000-member Facebook group called ‘International Community’ since 4 August 2016. Antisemitic and Holocaust denial content is posted in that group regularly, alongside Islamophobic material (as well as entirely innocuous pieces). I found numerous examples of hate speech there, none of which appear to have been challenged by Collier during his time in the group.

Debra R Cohen added Collier to the group. As can be seen from the example below (the screengrab with images of Ratko Mladić and Radovan Karadžić), she has expressed genocidally anti-Muslim views in the group.” 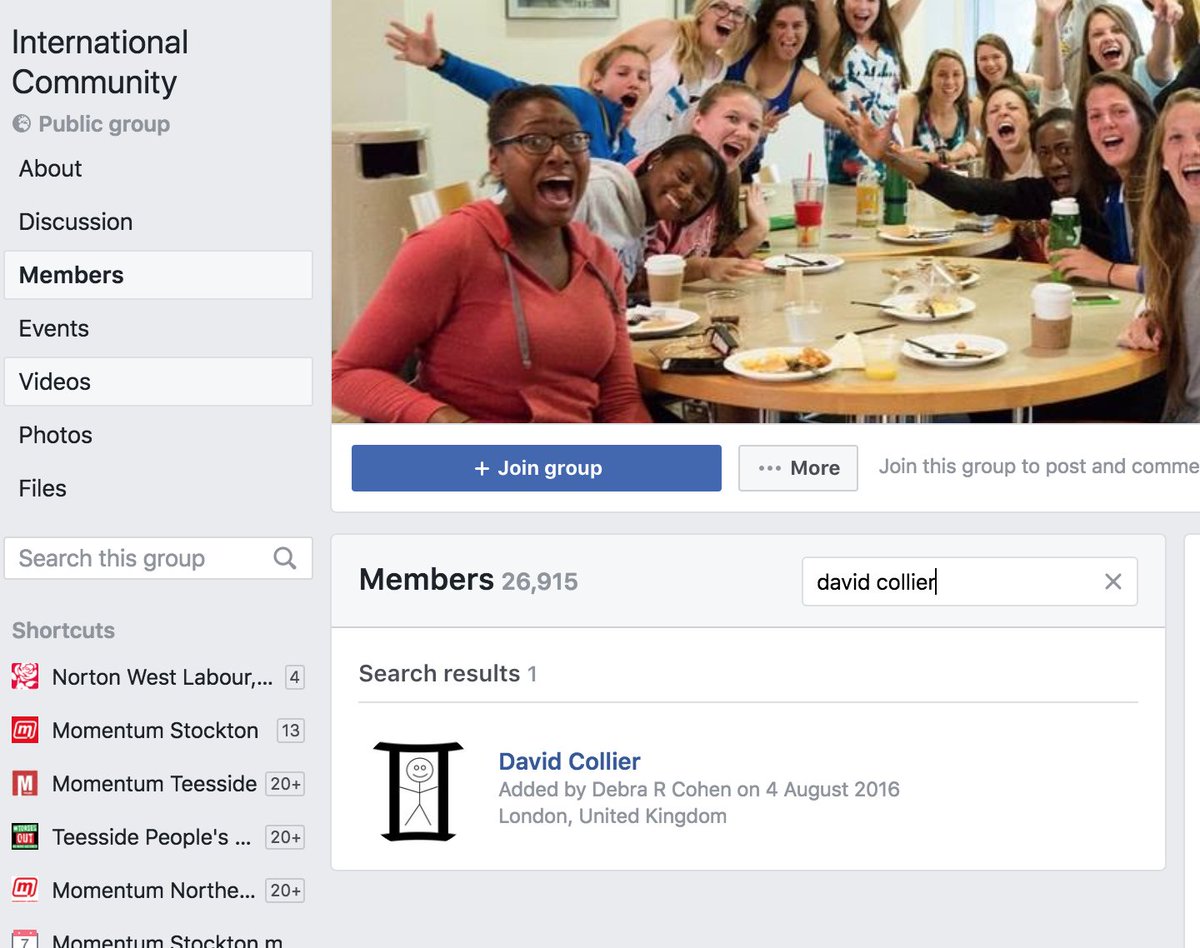 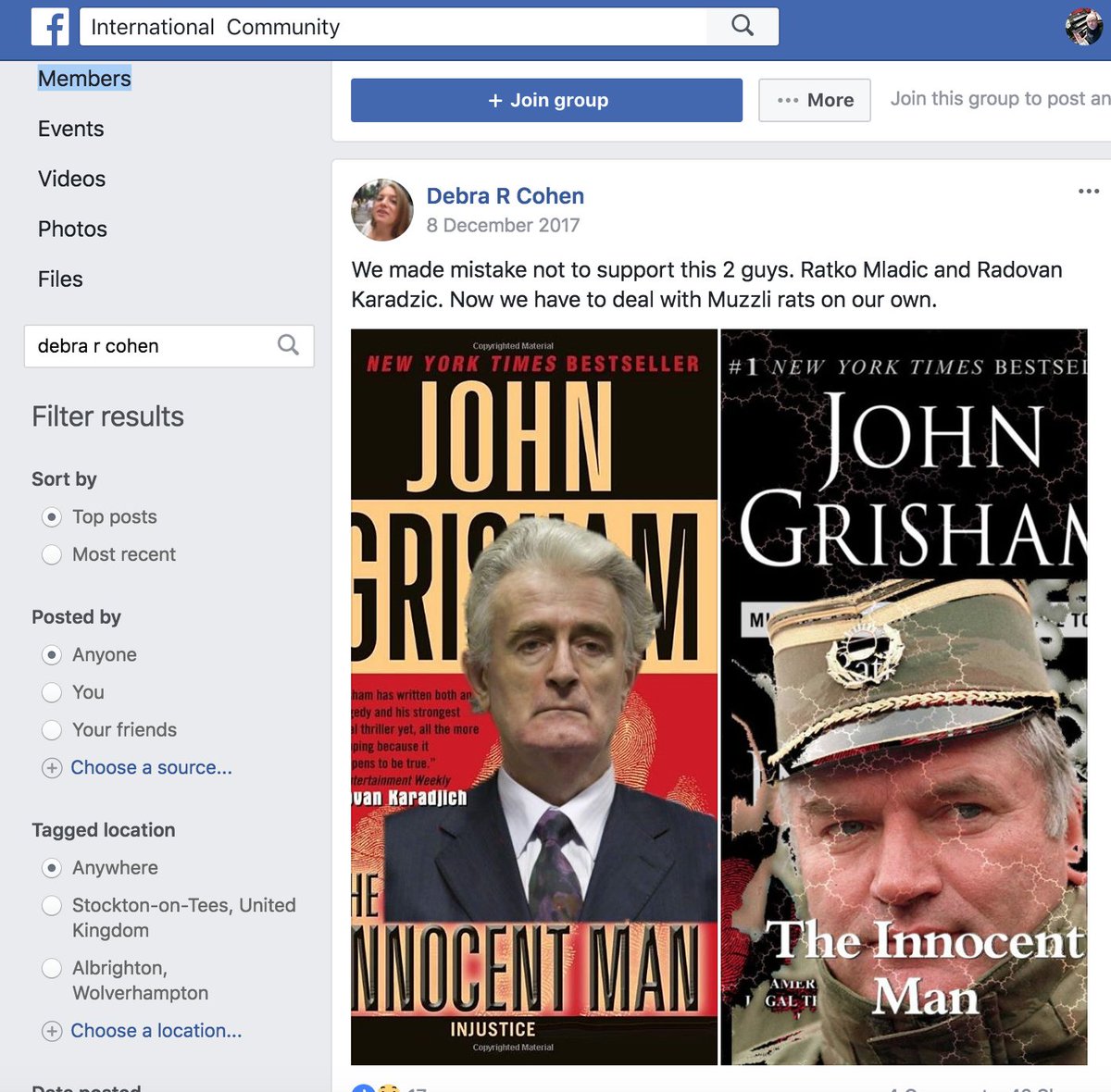 3 thoughts on “Sauce for the goose and all that….”